This Sunday 21 February is International Mother Language Day, established by UNESCO to promote and foster the use of all our languages.
Mother Language Day has particular resonance in New Zealand as we aim to foster the use of te reo Maori, NZ Sign Language, Pacific and migrant languages in our increasingly diverse society.
The need for a community languages framework and a national languages policy was emphasised in Multicultural New Zealand’s recent report Our Multicultural Future and in the Superdiversity Centre’s Superdiversity Stocktake.
To mark International Mother Language Day, The Community Languages Association of New Zealand (CLANZ) is organising a series of seminars around New Zealand over the next month for families to discuss heritage language maintenance in the home.
CLANZ President Sunita Narayan says common complaints from parents are that “My child understands my language and refuses to or doesn’t speak it”, or “I’m afraid that speaking different languages at home will confuse my child.”
She says that families will benefit from knowing strategies and building skills to support the maintenance of their languages in the home.  “While there are many examples of homes where children successfully speak two or more languages, it is challenging and easily given up on by families.”
“Family capability, in conjunction with learning in community language schools and language nests will enhance the potential for strengthening community and heritage languages in NZ”, she says.
CLANZ and English Language Partners have published a poster for Mother Languages Day and Race Relations Day (21 March). Copies can be ordered from grace.basset@englishlanguage.org.nz 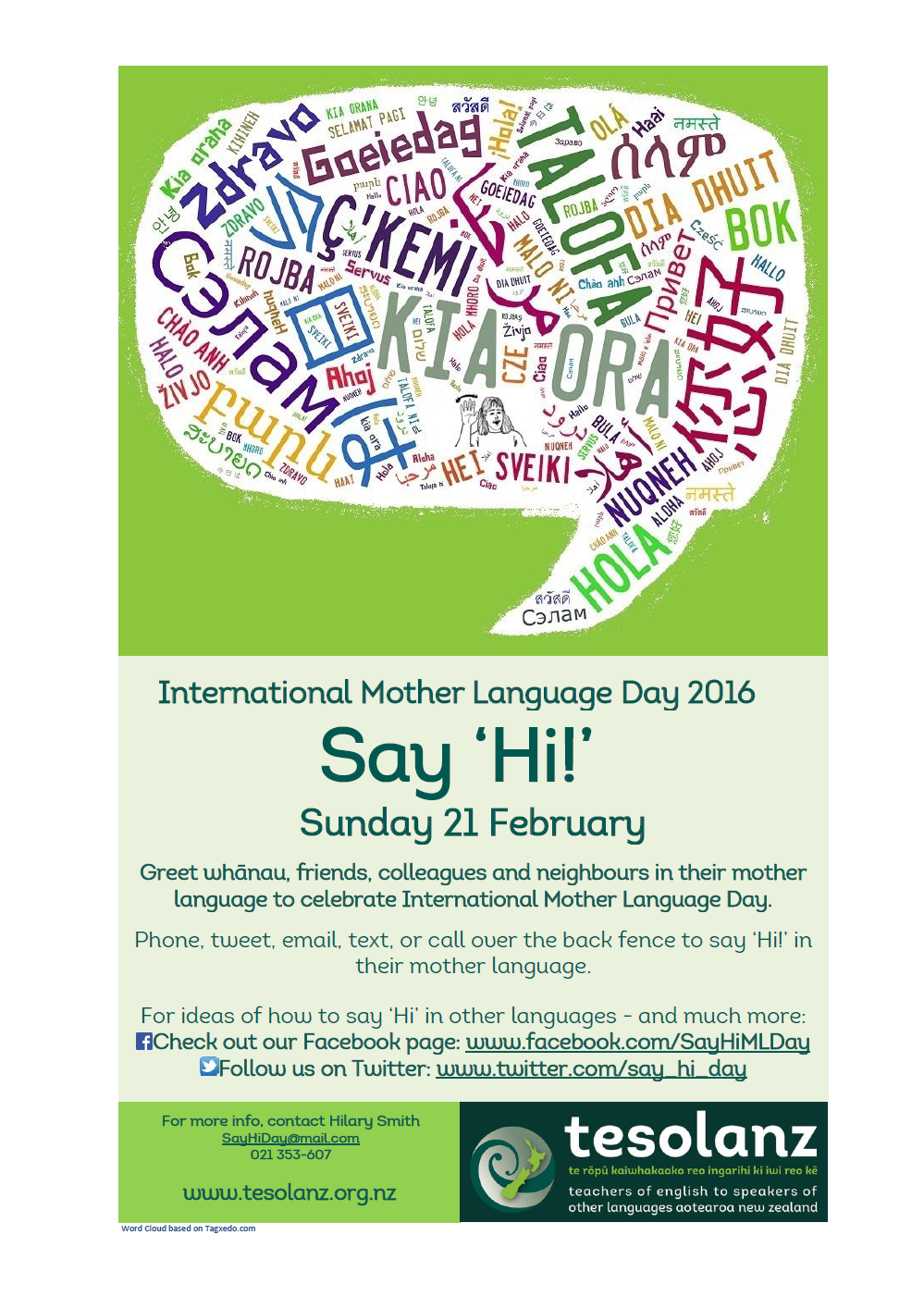 TESOLANZ (Teachers of English for Speakers of Other Languages) is promoting Say Hi on Mother Language Day through a Facebook page. They have also have also produced a poster which can be downloaded from here.