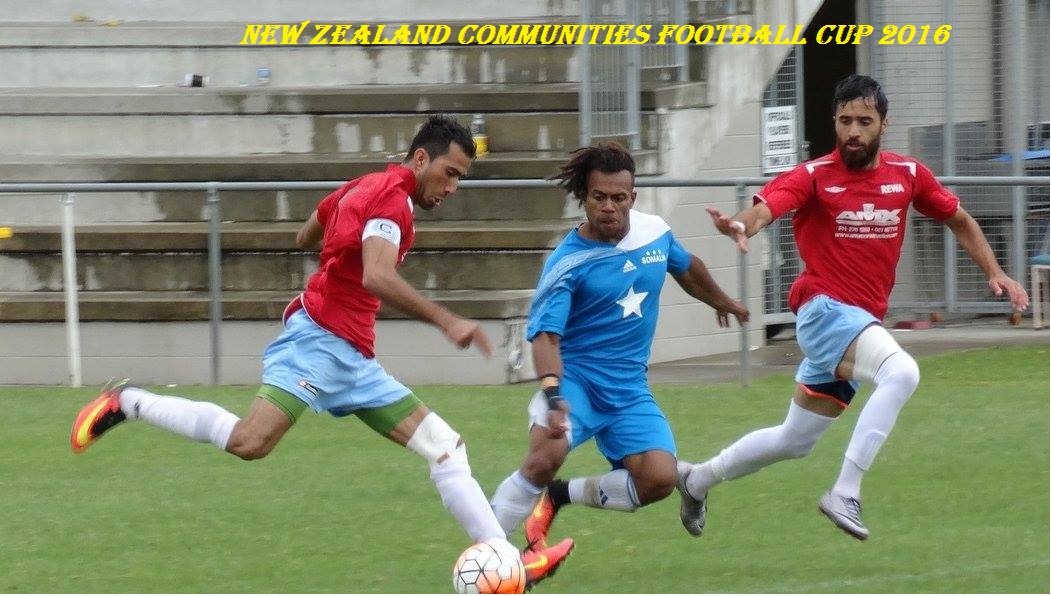 After more than 1,200 games of local-level football with over 250 teams vying to make their way to the national finals, we had another successful and sensational New Zealand Communities Football Cup (NZCFC) held on 26 & 27 November 2016 at Mangere Park Auckland.
The teams and spectators were a combination of people from different ethnic and migrant background and the environment was filled with a sense of unity amongst diversity.

The annual tournament brings together the best regional ethnic football teams and a selection of local women’s teams. The local games are organised in 16 regional tournaments by City Councils, Regional Multicultural Councils and Ethnic Community groups. A total of 16 Men’s team and 9 Women’s team participated at the tournament and the cup final winners were the team RYAN and Kurangaituku Maia respectively.
Mayor Phil Goff presented the trophy and medals to the winners. Other dignitaries in attendance included Councillor Alf Filipiana, Alexis LewGor, President Multicultural New Zealand, Superintendent Wallace Haumaha, Deputy Chief Executive Officer and senior members of the NZ Police, the Race Relations Commissioner Dame Susan Devoy, David Burt, Manager Auckland Council Events and Tony Readings, Coach NZ Football Ferns.
The tournament was preceded by a successful youth forum held on the Friday afternoon at Mangere East School, where children from the school were joined by Football Fern Kate Loye and All Whites Moses Dyer, Te Atawhai Hudson-Wihongi and Clayton Lewis.
A question and answer format of the players was conducted with the kids receiving messaging around team work, keeping up with school work, making healthy eating choices intermixed with questions around what type of football boots the players wore, what junior teams they played for and which overseas teams they follow. The players then joined local club representative Hone Fowler from Manukau City and the children competing in some skills and small sided games.
We would like to thank our funders and supporters NZ Police, Auckland Council, Lion Foundation, Four Winds Foundation, NZ Communities Trust, NZ Football, SportZone and the Human Rights Commission.