Mission: “Promoting and protecting the interests of ethnic people in Southland.” 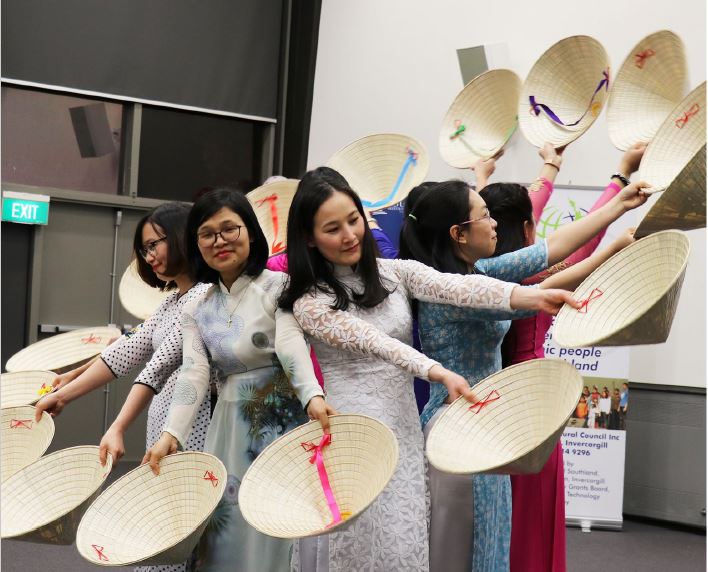 Invercargill, in the Southland region, is New Zealand's most southern city. Here we take great pride in our reputation as 'the friendly city'.

The variety of Invercargill's architectural heritage also gives the city a character all of its own. Invercargill began as a frontier town to serve the farming community. Today farming, particularly sheep and dairy, remains key to the local economy, which supports over 50,000 people.

There is excellent shopping, a focused business district, lively eateries and restaurants, and late night entertainment. Flat and easy to get around, Invercargill has all the trappings of city life and few of the drawbacks.

Invercargill is home of the Southern Institute of Technology zero fees scheme.

Fanning out from the hub, wide suburban tree-lined roads grace the streetscape. Elegant homes and bungalows are interspersed with small local shopping centres, schools and sports grounds. There are awesome parks and the largest collection of live tuatara are at the Southland Museum and Art Gallery. Nearby is the fishing port of Bluff, home to the famous Bluff Oyster Festival and departure point for the ferry to Stewart Island.

On the city's outer boundaries there are forests, the New River Estuary, the ocean and green pastures. Invercargill is favourably placed on the Southern Scenic Route and is the gateway to other exciting destinations, like the Southland heartland, Stewart Island Fiordland and The Catlins.

Each year the 21st of March is observed around the globe as the International Day for the Elimination of Racial Discrimination. It was first formally celebrated on March 21, 2003.

The date recalls the tragic loss of life at Sharpeville in South Africa in 1960, and is dedicated by the United Nations to the achievement of the goals of the Convention for the Elimination of Racial discrimination.

New Zealand signed the Convention on the Elimination of All Forms of Racial Discrimination on 25 October 1966 and ratified it on 22 November 1972.

+ Text Size -
Do NOT follow this link or you will be banned from the site!