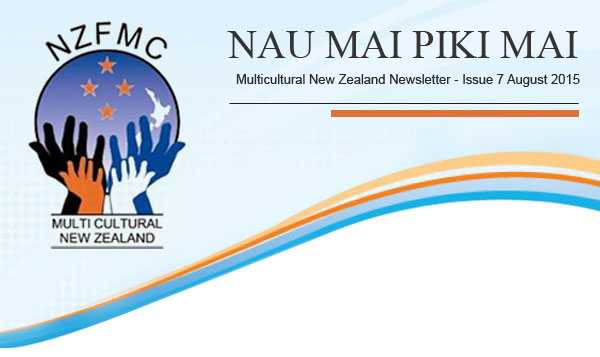 The report of the MNZ-UNESCO Multiculturalism project was launched at the Wellington City Council on 13 August 2015. The report was commissioned by Multicultural New Zealand assisted by a grant from the New Zealand Commission for UNESCO. It is based on the outcomes of 34 workshops involving 581 participants throughout New Zealand. These workshops took place from February – June 2015. Former Race Relations Commissioner Joris de Bres conducted the workshops and wrote the report. Its purpose is to provide a starting point for developing a national action plan for multiculturalism and multilingualism in dialogue with government and community organisations.

MNZ President Alexis LewGor introducing the report at the launch

Alexis LewGor with Her Worship Celia Wade-Brown, Mayor of Wellington

+ Text Size -
Do NOT follow this link or you will be banned from the site! Original generation time 2.0831 seconds. Cache Loaded in: 0.0190 seconds.