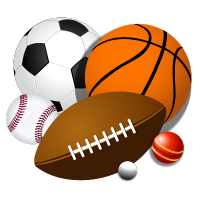 Thank you for the opportunity to provide input into the Sport Integrity review to assess the current environment, identify priority policies and protections, and gather evidence for future policy and support interventions. This is specifically in relation to the identified six areas considered in the discussion document.
1. Multicultural New Zealand - The Federation of Multicultural Councils supports Sport New Zealand’s view that integrity of sport is increasingly being threatened both in New Zealand and globally.

2. Multicultural New Zealand - The Federation of Multicultural Councils welcomes the review to determine whether various initiatives in place to protect and promote the integrity of sport are enough.

3. Multicultural New Zealand - The Federation of Multicultural Councils believes investigating ways in which taking part in sport can have a positive impact on health, community and education.

4. Based on the above, we do not oppose the six areas to be considered for public feedback. We are impressed in general with the areas covered in the discussion document.

5. However, we found that there are areas that need further definition, for example Racism and Homophobia are specific areas that we believe cannot be covered under the Member protection category. There is a need for a clear and an unequivocal statement that makes it clear that racism/discrimination and homophobia is unacceptable behaviour. This is fundamental to sport integrity and the participation of emerging minority communities. Because the reality in today’s ethnically diverse society, almost 1 in 4 people living in New Zealand were born overseas, and smaller ethnic and religious communities continue to grow. These trends are expected to continue over the next twenty years.

6. The objective of our submission is to achieve the following:
• Feedback into three of the six areas; Organizational culture, whistleblowing and the institutional arrangements for sport integrity in New Zealand; Member protection; and Integrity issues in children’s sport.
• To argue the need to have additional area focusing on Racism and Homophobia in relation to freedom of participation and equal accessibility. The 2014 UEFA “Respect Diversity” conference identified the key ambitions, including: “…the need to tackle racism and homophobia, give voice to minority groups, promote gender and ethnic diversity in leadership positions and empower players to be role models in fighting discrimination…”
• The Whistle Blowing Act should be widened to include community groups, sporting clubs and NGOs and should avoid disclosure of who the victim/informant is – that the Act is widened to include places other than the work place.
However, we have a number of comments and suggestions for your consideration:
7. Organizational culture, whistleblowing and the institutional arrangements for sport integrity in New Zealand: As demographic change happens, institutions and wider community have an increasing need for cultural competency. We must navigate the cultural divide to enable us to better understand, improve and target the right people and the right communities, based on evidence of what works, so that we can make the biggest difference to people who want to be involved in sport or need our support to participate.
- As an intervention, an Intercultural Communication and Awareness Programme is needed for sports clubs’ staff and volunteers at all levels. Professor Paul Spoonley (2016) literature review Responding to Diversity recommended a programme to ensure that there is ongoing awareness and training to encourage inclusiveness and to eradicate discrimination will be essential to implementing New Zealand Football’s commitment.
- Same for an Awareness programme to understanding LGBT community
- Sport Codes or clubs should develop and implement a Diversity and Inclusion Strategy of which CALD community engagement should be a major focus. We propose there should be a single cross-government or cross-codes strategy of support for this work – alongside funding from Sport New Zealand and other government bodies.
- This is fundamental policy and procedures to be developed and put in place with adequate monitoring to ensure the sporting environment accounts for the vulnerabilities and needs of emerging minority communities.

8. Institutional or System Discrimination or Unconscious Bias through Institution Arrangement are huge barrier to participation. The term “discrimination” covers the degradation and prejudice against groups and people based on attributes, whether they be perceived or genuine. Discrimination leads to inequality and social exclusion. Such degradation and prejudice include verbal and physical abuse as well as a lack of equal rights in terms of access to social life and its institutions.

9. Therefore, a policy intervention to address the above should aim to use sport and physical activity to attain specific social development objectives for individuals, groups and communities, for example build social capital, create sense of belonging and fostering community integration. It is imperative that this is a grassroot co-design, leads and delivered but facilitated centrally. It is necessary for Sport New Zealand to play its part in using the power of sport to achieve social good through working collaboratively on a limited number of projects that will make a difference in the sector.

10. The FIFA “Good Practice Guide on Diversity and Anti-Discrimination” provides a comprehensive guide to the FIFA-approach to issues of diversity recognition and inclusion. This is an excellent starting point with an emphasis on education, prevention and sanctions.

12. The Sports commit to diversity and inclusion through #sportforeveryone was launched on 31 May 2016. The Sport-led approach is to target greater inclusion in sports regardless of gender, ethnicity, sexual orientation and ability. A Diversity and Inclusion Commitment Statement provides guidance on aims and actions, including: Developing and implementing policies, programmes and practices that encourage greater diversity and inclusion. The national sporting organisations were tasked with reporting on priorities and programmes by 31 December 2016 and to encourage conversation on inclusion and diversity. But since 31 May 2016 when New Zealand’s most popular sports came together to make the commitment, there is no progress made. Sports New Zealand can pick up this initiative, improve on it, lead the implementation and monitor progress through annual reporting and measurement.

13. Member protection: Participation in culture and sport has a proven link to a wide range of benefits. However, Alvin Cheung’s (2017) research titled “Understand and Recognise Ethnic Communities” argued that “players’ commitments, prescriptive affiliation system and organisational responsiveness to culture differences and misunderstandings are identified as the three main existing barriers preventing people from ethnic communities from participating in organised competitions.”

14. As Karen Espelund (UEFA Executive member) said it accurately and expressed a call for action that Sports New Zealand can lead “Diversity is the driving force for the development of all organisations, whether it is a club, a league or an association, we really need different cultures to make progress and to make sure that everyone has the chance to participate”.

15. Professor Paul Spoonley (2016) argued that one key area that deserves attention are the sporting interests and activities (including informal competitions and participation) of the range of communities that now constitute New Zealand. There is relatively little information on these communities and what they seek from a sport like football – and this is an evidence gap that will inhibit effective action. There is also the need to include these communities in the way that the sport is run or developed, especially the role of volunteers in contributing to the vitality of the code, and the interests and actions of fans.

17. It is imperative for Sports New Zealand to develop an intervention policy for sporting codes to “explicitly interact with immigrant and minority ethnic communities, or girls/women, differently abled or LGBT, in order to undertake genuine consultation, to make a serious effort to understand the sporting needs of those communities and to provide a sporting product/service that meets these needs”

18. Integrity issues in children’s sport: there are some children from low socio-economic background and marginalised community as well as former refugee communities that find the cost as a major barrier in participating in club and school sports. Other barriers are documented in the following articles:

- New Zealand Communities Football Cup brings together regional ethnic football teams. Note the proactive role of the New Zealand Police in establishing this tournament in 2008 and the support of the New Zealand Federation of Multicultural Councils.
- There are some examples of international good practice that parallel the above: Manchester City FCs “One Community” tournament, underscored by the “Next 20” Ambassadorial role. They also supported the “Football People” fortnight to challenge discrimination and celebrate diversity, with Yaya Toure playing a key role.
- The UK-programmes “Kick It Out”, “Show Racism the Red Card” and Football Homophobia (FVH) all provide some guidance on what has worked (in a very different cultural and political setting).
- LGBT has rarely featured as an issue in sport in New Zealand – and yet it is an important issue in terms of diversity recognition. In 2014, Manchester City officially recognised “Canal Street Blues” (LGBT Supporters Club) and the “Gay Football Supporters Network” (GFSN) and flew the rainbow flag at Etihad Stadium.

21. We do wish to speak to our submission and look forward to your early confirmation that we will be able to speak.