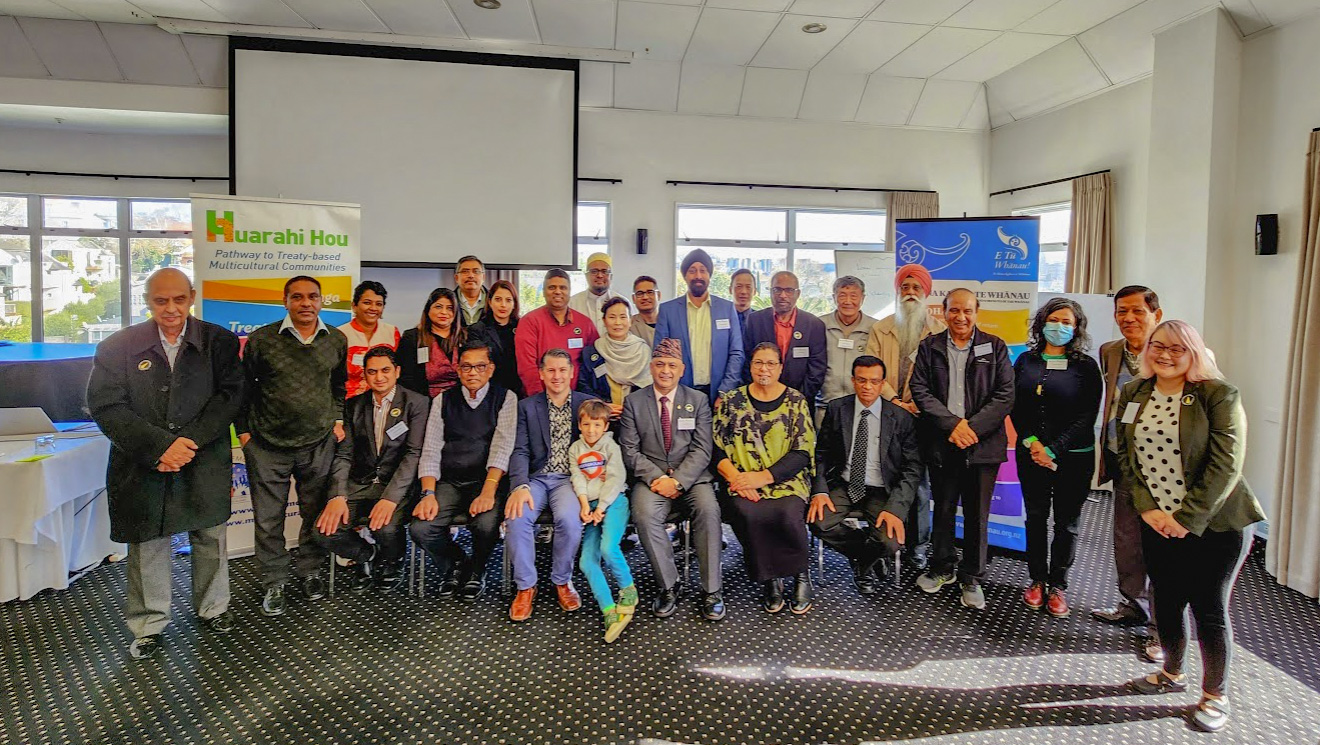 Tāmaki Makaurau Auckland Multicultural Leadership Forum 2022 of Multicultural New Zealand (MNZ) has called for the government to present a clear action plan to address issues of family harm in migrant and former refugee families arising from gambling and the use/abuse of alcohol.

MNZ, as a senior truly pan-ethnic volunteer organisation had called upon community leaders in Auckland to provide insights on addressing three topical issues facing Auckland and the rest of NZ:

Community leaders who attended the forum-hui unequivocally expressed concern over the impacts of drug and alcohol use and gambling on family violence.

With the announcement of new funding strategy of the government to minimise gambling harm, the weekend’s Hui with community leaders demonstrated that they had the finger on the pulse when it comes to such issues.  Minimising gambling harm will also address issues like financial problems, relationship problems, family violence, and alcohol abuse. MNZ recognises these leaders can make a significant contribution towards positive actions in their respective communities.

The Forum also celebrated the improved community engagement with Ethnic Liaison Officers of New Zealand Police and for expanding the network of community patrols around the motu.

The Forum, held in Parnell on Saturday, 2 July 2022 was attended by Hon Michael Wood, the Minister for Transport, Immigration and Workplace safety respectively, and more than 30 migrant and former refugee community leaders.

The Minister reiterated the government’s commitment to addressing the serious transport issues in Auckland and worker exploitation by employers.  On issues of Immigration the Minister stated that he made a priority decision for nurses. He was also looking forward to the completion of a one-off special residence visa announced in 2021.

MNZ President Pancha Narayanan says, “It is time now for a transparent, joined-up, all of government approach including the New Zealand Police, Ministry for Ethnic Communities, Ministry of Justice, and Department of Internal Affairs working with communities in tackling these issues in Auckland and around the motu.

“A Te Ao Māori induction programme for newly arriving settlers was a key expectation of MNZ of this Government as part of its commitment to improve the settlement outcome for more recent settlers”.

The forum advised the Minister that this endeavour to build a cohesive and connected Aotearoa New Zealand must be supported by an improved, community-facilitated approach to aiding new settlers early in their settlement journey.

Minister Woods acknowledged that he was aware of MNZ’s request for such a programme as part of NZ’s immigration policy.  He said that he valued the sentiments and was looking at some strategies as part of achieving better settlement outcomes for migrants.

The session commenced with a kapa haka performance by Te Uku Toia, followed by a detailed talk on mihi whakatau practice from group member Maria Rangi.

The challenges in Auckland for migrant and former refugee communities in engaging with Tangata whenua were discussed. Guideline for engagement with mana whenua and how do we go about this includes:

MNZ’s Huarahi Hou initiative was applauded as a promising concept and plan for community-facilitated approach to connecting with local mana whenua.  The leaders welcomed the introduction of Huarahi Hou to MNZ’s support efforts for Auckland.

This session discussed how social media appealed to the emotions of people and how it was dividing the communities based on their religions, associations, and connections. The need for legislation was felt at the Forum to rein in the social media. The community leaders mentioned that they would encourage their communities not to forward unnecessary information on social media unless they were sure about the source of information.

“Foreign influence was another issue that was discussed at the Forum with the community leaders. In view of the upcoming local body elections, community members should be vigilant and more informed about the potential offshore interference. A similar watchfulness is required for the general elections next year,” Pancha Narayanan concluded.